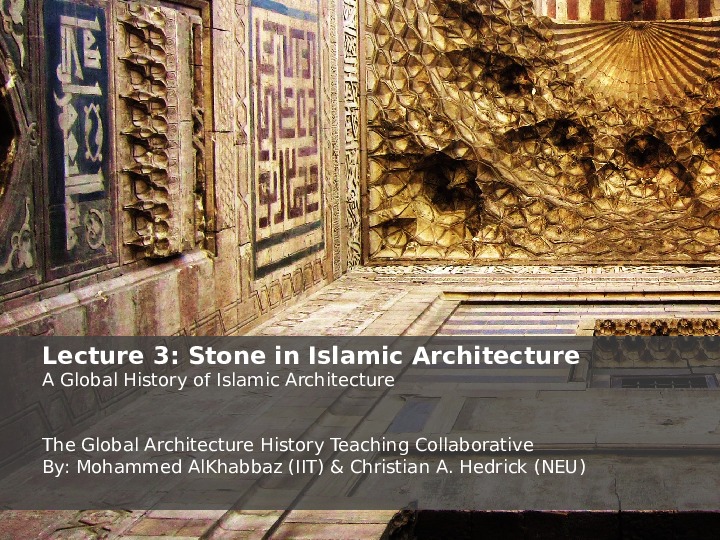 The use of dressed stone in architecture signifies the knowledge of advanced stone working technology. The concept of shaping stones began with the invention of the first stone tools. Those stones were broken and sharpened using other stones through knapping. Stone that has been cut, shaped into a smoother planar form so that stones fit together are called dressed stone. The production of dressed stone requires knowledge about stone properties to determine, or invent, the appropriate tools that make such fabrication possible. The eventual evidence of saws, chisels and other metallic objects used to shape stones is indicative of advancements in metallurgy, which is itself a fascinating global phenomenon. The selection of stone as a building material by various cultures was utilized to evoke notions of permanence in part due to the result of the time and labor investment in shaping and transporting stones. However, the most important characteristic is the powerful visual effect of the almost otherworldly nature of this natural product that has been refined to the point of abstraction. This lecture surveys the use of and adaptation of stone in Islamic Architecture in a variety of geographic locations where the accessibility to and acquisition of stone was possible. In every example, we highlight and trace the development of unique uses of stone in Islamic cultures. References: Behrens-Abouseif, Doris. Islamic Architecture in Cairo : An Introduction. Cairo, Egypt: The American University in Cairo Press, 1989. Blair, Sheila S., and Jonathan M. Bloom. The Art and Architecture of Islam: 1250-1800. [Repr. with corr.]. ed. New Haven; London: Yale University Press, 1995. Ching, Francis D. K. et al. A Global History of Architecture. 2nd ed. Hoboken, N.J.: Wiley, 2011. Ettinghausen, Richard. et al. Islamic Art and Architecture 650-1250. 2nd ed. New Haven, CT: Yale University Press, 2001. Kessler, Christel. The Carved Masonry Domes of Mediaeval Cairo. London: American University in Cairo Press, 1976. Siegesmund, Siegfried., and Rolf. Snethlage, (eds.) Stone in Architecture : Properties, Durability. 4th ed. Heidelberg: Springer, 2011 Wright, G. R. H. Ancient Building Technology. Leiden ; Boston: Brill, 2009. Yeomans, Richard. The Art and Architecture of Islamic Cairo. Reading, UK: Garnet Pub, 2006.